First Encounters: One-to-One Performance at the 519, Part One

by Buddies on January 28th, 2012 in Uncategorized 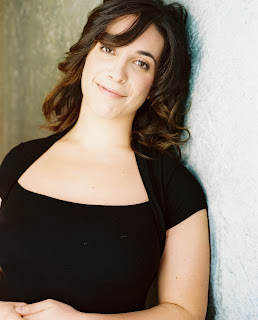 In her piece, all the things we should have said that we never said,  Melissa will be reliving conversations from audience members’ pasts.

Heather Hermant to Melissa D’Agostino: If someone has a long list of conversations she wants to have with you, what advice would you give her to help choose?

Melissa:  I would tell her to use the ancient instinct game as seen on many a sitcom:

Step One: Call a friend.

Step Two: Have her friend make the decision for her.
Step Three: Witness how, magically, she gets fully behind the conversation she truly wants to have.  The heart wants what it wants.

If she’s still unclear as to how to proceed after Step 3, I would encourage her to put all the types of conversations in a hat, pull one out, and let the fates decide.
And if by this point there is still a question of which discussion to dive into, I would pass along this song by the Lovin’ Spoonful. If this doesn’t drive her madly into making a decision — I don’t know what will! 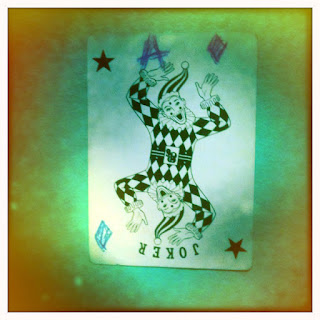 In Crossways, Jonah-nah will be taking audience members on a walk through the Village.

Jona-nah:  ‘Many Moons’ by Janelle Monae.

Claude Wittman:  January 18: i know that there is a relationship between gender and beets, but i do not know what it is. beets are beautifully red, they are part of my everyday diet, i love them, i eat them raw and sometimes i cook them and that way they deliver immense amounts of comfort. beets lift my shy liver energy. they bring warmth. sometimes too much in my gut. my grand-mother drank beet juice every day after she had surgery to remove her cancerous uterus. my mother drinks beet juice every day. i did not like beets at all when i was a kid. beet salad would make me very cranky. but, as i had to to finish my plate, i would start with the salad and then eat the foods that i liked.
January 21: beets. their juice does not stain permanently but it colors our pee and our stools. sometimes, for a fraction of a second, i think that i am bleeding from my kidneys when i look at the the colour of my pee. then, i remember that something from the outside world has gone through me. beet juice is blood with lots of oxygen.
what about gender? i still do not know. maybe beets are a food that i have consciously chosen as nourishing as opposed to other foods that feel more like hurting or killing me. am i trying to find a gender that will be nourishing? that will be uplifting instead of repressing? does not sound right. beets feel more like a transition, an in between, something in between dirt/death – and blood/life. something for a passing through.
beet red liver oxygen mother grand-mother no yes choice nourishment choice blood pee gender. hmm, pee and gender.

addendum January 22nd: i have just read in the newspaper that municipalities use a mixture of sugar beet juice and brine to keep roads from icing when the temperature goes under minus 8 degrees celsius.

Evan Vipond
In Gender Me, audience members become stylists as they choose what Evan gets to wear.

Claude Wittmann to Evan Vipond: “If I say ‘body, memory, death and gender…’ what do you say?”

Evan:  From birth, we are gendered based on the interpretation of our bodies. We are taught, and learn to embody this gender. Our bodies  memorize the script, the actions and reactions, until our gender becomes second nature, trapped in our bodies until death. But, what if we can change the memories in our bodies? Can we transform and transcend gender? 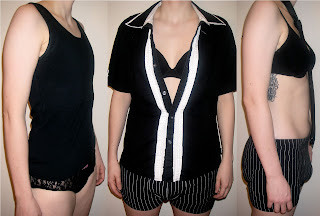 Evan included a couple photos in his response.  Check them out here and here.
Heather Hermant
Heather’s “Aujourdhuy 15e septembre 1738…” explores the story of Esther Brandeau,  who became the first “known” Jewish person to arrive in Canada after working as a young man in Europe for five years. Esther was outed, interrogated and  later deported after she refused to convert to Christianity.
Evan Vipond to Heather Hermant:  Does our current political climate inform your historically-based work?


Heather:  Absolutely. I don’t see the past as distinct from the present, nor time as a linear progression. I experience bodies as historical records, and that’s what I’m trying to highlight with my piece. I was drawn to this story because it was the first time I read a so-called “piece of the past” and felt a whole multitude of resonances of recognition for myself. That personal resonance is the entry point. So telling “historical tales” in the present is also about the teller.


As for the present political climate, I can’t see an 18th century historical tale of a gender and “race” transgressor, who undergoes attempts at normalization for the sake of empire, as separate from the ways in which immigration policy here today is racialized, and the ways in which it forces folks to perform their queerness in very prescribed, readable ways in order to gain entry, all in the context of ongoing indigenous sovereignty struggles. So the “past” is always present, and the present “out there” is always present right here in the performance space.
I’ve just read Julia Paoli’s curatorial essay about “The Rest is Real”, video works by Aleesa Cohene, who reconfigures history in amazing ways. Paoli quotes Helen Molesworth on the relationship of the past and the future: “To articulate the past historically does not mean to recognize ‘the way it was’, but might mean instead to present it as crucial for recalibrating the effects of the new.” These are the kind of things that I wonder about all the time.
I’ve  long wondered why the story I’m working with is not broadly known. I also know that the reason I’m able to work with it in a way that honours my whole self is because people before me have opened the discursive space for me to be able to do so. Documentation of “the past”—even if in the form of a harsh colonial record—allows us to see where we are and why.