by Buddies on February 2nd, 2012 in Uncategorized

Early on in the curatorial process, it became clear that history—personal history, political history, local history—was going to be a major theme in this year’s festival. Both The Department of Public Memory and The Little G8 That Could explore the history of two communities—Toronto and Huntsville, ON, respectively, and the direct impact of governmental initiatives and policy on both. In creating their pieces, both Maggie and Dan went straight to the heart of the communities, gathering thoughts, impressions and opinions from the residents themselves.

We were curious to find out more about the artists’ relationships to the places they visited, their own memories, and what they’ve learned about community so far.

Maggie, you’ve traveled to a number of different and diverse Toronto communities for this piece, some which may not have been places you frequent. Dan, you’re from Huntsville, but you live in Toronto. In researching for/creating your pieces, did you consider yourself outsiders? Why or why not? How were you received in the communities you visited? Was the reaction to you always the same, or did it vary?

Maggie: Toronto is often described as a city of neighbourhoods. As downtown-west residents we’re very aware of our outsider position when we travel to other parts of the city to speak with people about services they value. The surprising thing, though, is that, so far, response to our project has been the same wherever we go. People are friendly, willing to talk and very generous with their time. We still get nervous each time we head out to a new site but return again and again feeling really good about the conversations we’ve had. 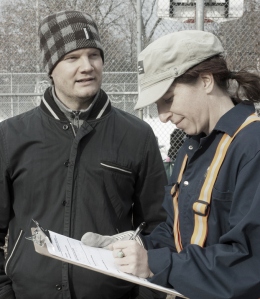 Maggie Hutcheson
Dan: Yes and No.  I don’t feel like an outsider because I grew up [in Huntsville], and I continue to have a presence there through my work, and because I spend a good deal of time there.  Having said that, I don’t live there full time so I have a certain sensitivity when it comes to what I can say about the place.  I consider it my home, and when people ask me where I’m from, I automatically respond Huntsville without really thinking about it.  For most of the people that I have encountered during this project, it wasn’t really an issue where I’m from because it was never really a question.  Most knew me, or had heard about me, and knew that I am from Huntsville.  Now that I’ve made this piece about Muskoka, which could be seen as critical of some of the things that happened in the lead up to the G8, I’m interested to see if it does become an issue.  I’m wondering if people will bring that up.  There’s been a lot of interest in the piece, and people asking if I’ll do it in Huntsville, and I want to, but at the same time, I’m nervous how people will react.  It’s more immediate for that audience, and I have a long history with many of them.  So I guess it’s complicated.

The importance or emotional attachment to place feels like a running thread through both of your pieces. What is the first place you remember being especially important or meaningful to you? Can you describe it?

Maggie: I grew up in an old house that had a narrow little set of stairs from the kitchen to the second floor. I loved bringing paper, pens, books, toys into that staircase and setting up on the third or fourth stair up. It was cosy and dimly lit. I spent a lot of hours dreaming there.

Dan: There are lots, but one of the most special places for me was summer camp.  I went to a place called Big Doe Camp which is north of Huntsville, just outside a little town called Burks Falls.  It was an all boys’ camp with wooden cabins, canoe trips and all kinds of activities.  It wasn’t fancy, things were run down a bit, but that’s what was great about it.  We celebrated its roughness.  Cabins were haunted, names written all over the walls, the canoes and sailboats had been patched with fibre glass too many times to count.  It was a place that felt like it was from a different time, with these crazy traditions like the portage race where people ran a kilometre with a canoe on their head.  The director was a guy named Aubrey Rhamey.  He was old school, really tough and stern.  He was close to eighty when I went there, and was still doing one armed push ups and giving people hell.  He taught us lessons about helping each other, and getting the most for you money (I remember straightening rusty nails for him to be reused).  When he died, the camp kind of died with him.  They sold off the cabins and the equipment.  The property is still there with the main lodge and one of the log cabins.  I’ve thought of going to check it out, but I can’t bring myself to.  I guess I want to keep it the way I remember it. 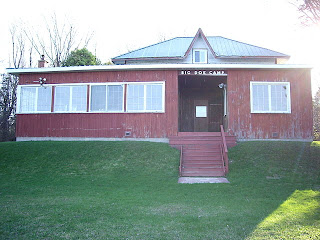 Now that you’ve seen and talked to members of the community about spaces, what are some words you would use to describe your ideal community space? What would the building look like? What would people do there?

Maggie: What I love about my work with Department of Public Memory is that we get to learn about the specific and different elements of each service we research. Each  has its own very distinct feel and that’s what we want to illustrate when we eventually make our site-specific memorials. So I can’t describe an ideal community space based on this work. But I can say that my own ideal space would involve a lot of meaningful conversation amongst strangers. Toronto doesn’t tend to be good at this and I crave it. 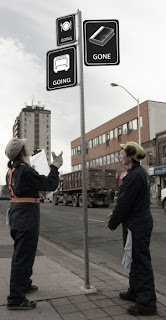 Dan:  It’s really different for different communities.   I guess that’s the big thing which is that a space should be in service of what happens in it.  I think that gets overlooked in how we envision a lot of community and public spaces.  We want to see things that last, so we invest in buildings, and hope that things will happen in those buildings.  Sometimes they do, and sometimes they don’t.  I think maybe sometimes it’s a way for us to feel like we have contributed something great without having to make the long term commitment of engaging with the place and the people.  To build a community space takes years and years of commitment and work, and a willingness to put yourself in the shit of the community and deal with it.  It’s not for everyone.  It’s hard to make that commitment, but when I see people that do it, it’s magic, and it seems to work seamlessly with that community. 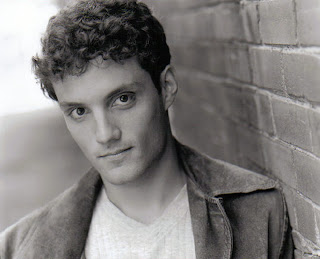 Rachel is one of this year’s Festival Interns. Catch The Little G8 That Could Wed-Sun at 8:00 PM during Week One (Feb 8-12). Join The Department of Public Memory on a mobile mission on either Saturday, Feb 11th at 2:00 PM or Wed, Feb 15th at 5:30 PM (locations listed on Rhubarb’s website ) or at their Annual General Meeting on Sunday, Feb 19th at 3:00PM in the Buddies Cabaret.