by Buddies on February 10th, 2010 in Uncategorized 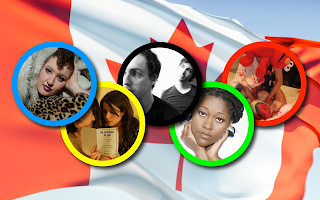 The much anticipated Rhubarb Festival begins tonight. There isn’t an Olympic torch igniting this three week flame, but there is a cake and a fierce and unrelenting line-up of Toronto and New York’s hottest indie artists.

Zachary Russell’s Parole, Parole invites us behind the scenes of an absurd and obscure ‘80s Italian variety show and into the mad spiralling world of its English translator.

Nicole Brooks’ Obeah Opera takes us back in time to the witch trials with a stunning choral arrangement for five women suspended in the moment before their fates are revealed.

Birdtown and Swanville will rock your world with Dead Wrestlers, 10-woman, full-contact throw-down, set in the glory days of professional wrestling.

Real-life roommates David Tomlinson and Ryan Kelly get all ‘Flight of the Concords’ with their hilarious and tender ‘play-with-music’ Cordelia.