by Buddies on February 12th, 2010 in Uncategorized 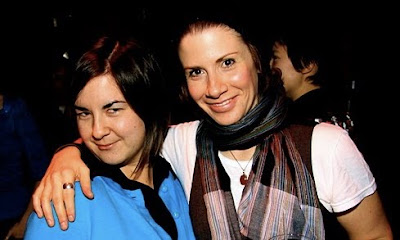 The brilliance of Lindy Zucker squares off with Rhubarb’s Mr. Zigfield, Zack Russell about his show Parole Parole. (The interview was conducted without the use of a translator.)


LZ: Describe your theatrical career so far in 5 words?

ZR: Too much, too soon….can it be four words?
LZ: What was the inspiration for this Rhubarb piece?
ZR: Growing up, I was obsessed with the Italian TV channel Telalatino. My favorite were the variety shows, because they were impossible to follow (I don’t speak any Italian). The visuals are so rich on those shows that you can be entertained without really understanding anything. You’ll be watching a segment and think its one thing (for instance, an interview with Julia Roberts, in which she looks utterly confused), and then instantly it will turn into something else (a fan of Julia Roberts, talking about her battle with alcoholism).
LZ: If you were given someone else’s credit card with which to purchase one ridiculous set piece what would it be?


ZR: Anything orange and pleather: couches, chairs, toilets, etc.
LZ: If you could create a cocktail to be served during this show what would be in it?
ZR: A ball of lemon gelato floating in a big glass of vodka.
LZ: If you could introduce this piece each night to the audience, what would you say??
ZR: I’d probably quote someone. Whenever I’m asked to give a speech or say something meaningful, my first instinct is to say something someone else has already said. I also have a terrible memory, so the quote never comes out quite right. Something happens between the moment I read the quote and the moment I try to repeat it. Unintentionally, I put my own spin on it. And I guess that’s kind of what the show’s about.
Parole Parole Runs Feb 10-14, 8pm The Chamber.