by Buddies on September 16th, 2009 in Uncategorized 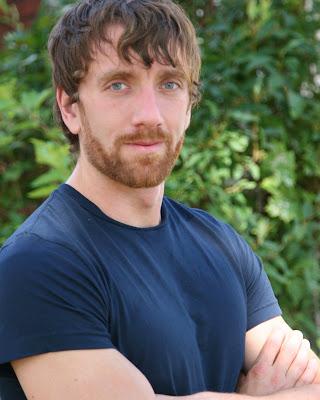 Brendan Healy, an acclaimed and award-winning theatre director and actor, has been named Artistic Director of Buddies in Bad Times Theatre, the Board of Directors announced today.

Healy, age 34, is originally from Montreal where he began his career as an actor, appearing most-notably in Peter Hinton’s production of Girls!Girls!Girls! presented at the 2000 TransAmériques Festival. Since relocating to Toronto, Brendan has established himself as a central figure in the city’s independent theatre scene and his work has been presented across the country. Recent productions include Doug Wright’s I Am My Own Wife, Martin Crimp’s Fewer Emergencies, the multiple Dora-nominated Breakfast, Moliere’s Dying to be Sick and Wallace Shawn’s A Thought in Three Parts.

He has worked as an instructor and a director at Concordia University and the National Theatre School of Canada. Brendan is a graduate of the National Theatre School’s directing program, and has also trained with one of the pioneers of the American avant-garde, Anne Bogart and the SITI Company. He is a recipient of the Ken McDougall Award for emerging director and was recently awarded the 2009 Pauline McGibbon Award. Currently, Brendan is the associate artist at Crow’s Theatre. This season at Buddies in Bad Times Theatre, he will be directing two shows: Nina Arsenault’s The Silicone Diaries and the Independent Aunties’ Breakfast.

“It will be a great honor to lead this organization into the next chapter of its development,” said Healy. “Looking back over the company’s incredible thirty-year history, I find not only an extraordinary group of artistic pioneers and mavericks fighting to create a place for the avant-garde in this city; I also encounter the story of an entire community struggling to find equality. It is an honour to take on this new role and ensure that Buddies maintains a powerful and resonant queer voice in our city and beyond. I am grateful to the Buddies’ board for giving me this opportunity to play a dynamic role in the company’s unfolding story.”

“On behalf of the Board, I want to thank Buddies staff and the overwhelming number of company supporters who demonstrated their tremendous commitment to the theatre this past season. This is a very exciting time for the company. Buddies is moving forward under strong artistic leadership, in a solid financial position,” said Board Chair Halferty.

Established in 1979, Buddies in Bad Times Theatre is a Canadian, not-for-profit professional theatre company dedicated to the promotion of gay, lesbian and queer theatrical expression. During the past 30 years, it has evolved from a small, roaming troupe into the largest queer theatre company in the world. Buddies has made an unparalleled contribution to the acceptance and celebration of queer lives while supporting some of Canada’s most innovative and important cultural artists.