by Buddies on January 21st, 2012 in Uncategorized

PERFORMANCE ORDER #1: I’ll Have What They’re Having
“The Made to Order dance project is built around my ongoing search for people to describe their ideas for dance pieces; but here, the visions become reality.” – Lady Janitor (AKA Eroca Nicols) 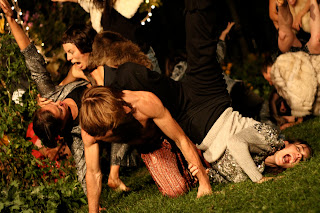 Made to Order works like this: stop by the Made to Order Cafe, in the Buddies Ante Chamber to complete and submit an order form.  Indicate your preferences regarding as many variables in a dance as possible (for example, music, site, lighting, costumes, mood, movement quality, etc).  It’s your chance to place an order for your dream performance: however sweet, sour or salty you’d like it.  Then, each Saturday night at 10 pm, Lady Janitor and crew will follow the recipe, make the dance, and present the finished product as live improvisation in the Chamber.
The Made to Order Cafe will be open for business from 7-8 daily in the Buddies Ante Chamber throughout Rhubarb.
Here we’ve adapted the Eroca’s order form for Rhubarb artists to dream up some performances.  It’s called PERFORMANCE ORDER FORM and we’ll be filling them regularly leading up to and throughout the festival and you might just see them performed too!
Today’s order was taken from Sarah Garton Stanley of The Failure Show or: A Thirteen-Point Manifesto for the Consideration of Failure
PERFORMANCE ORDER FORM
Filled by: SARAH GARTON STANLEY 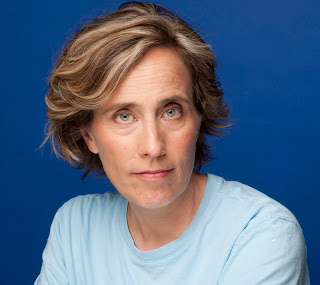 What do you want the dance/performance to be about?

Failure
Describe the movement and sound of the dance/performance.
A lot of words. A Bit of Silence. Laughing and scratching.
What should it look like?
Like Detroit on a rainy afternoon.
Costumes?
Intermittently.
Site/Setting?
A think-tank.
Lighting?
Yes.
Any thoughts on Music (a particular piece of music, or genre)?
Sigur Ros and something else.
Is there a mood or theme you would like the piece to communicate/explore?
Holding Failure.
How many performers?
2.
Any other ideas or thoughts to share?
There will be dancing.