by Buddies on January 12th, 2011 in Uncategorized

Meet Toronto’s own INTERSECTION PROJECT
“Intersection Project is the first Mobile Works piece in the festival, a new initiative this year that infiltrates public space with performance.  These works will be as much for accidental audiences that stumble upon the piece as it is for the Rhubarb community. This group, led by Priscilla Guy and Kate Nankervis, has been organizing large-scale public performances around Toronto since the fall of last year. Each time they perform, they engage different sites, changing the way we see our surroundings. The video of them in Queen’s Park made me think instantly of the G20 protests, and I think it’s a great example of the dualities present in this year’s programming. It can be seen as a critique of what’s happening politically and socially in our city right now, as well as an optimistic and playful celebration.”
– Laura
Visit Intersection Project’s website or find them at Rhubarb here.
—
Rhubarb Welcomes Visiting Guest Artists, LA-Performance Collective My Barbarian
This year, Sundays at Rhubarb are a little different.  Sunday Socials will feature a mix of politically-minded performances and events.  One of these is a public presentation of My Barbarian’s Post-Living Ante-Action Theater, (PoLAAT) created with local artists.

PoLAAT, an original performance form developed by the company, which evolves from their own interdisciplinary practice as well as two avant-garde collectives of the 1960’s: New York’s Living Theatre and Munich’s Action-Theater. The performance will also draw on current events and political situations. This is the Canadian premiere, following Post-Living Ante-Action Theater projects in New York and Cairo.

PoLAAT  is co-presented with the Power Plant Contemporary Art Gallery in partnership with b current, Cahoots Theatre Company, fu-GEN Theatre, Native Earth Performing Arts and The Graduate Centre for Study of Drama at U of T 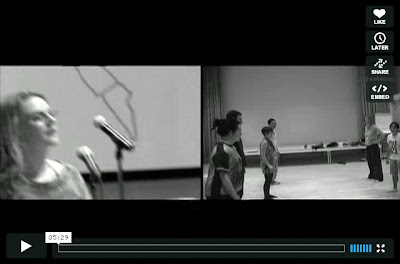 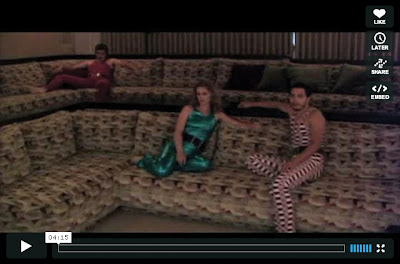 Check out their website or find them at Rhubarb here