by Buddies on February 15th, 2011 in Uncategorized

The 32nd Rhubarb Festival opens tomorrow night! Before things get underway we wanted to remind you of a new initiative for this year’s festival – Sunday Socials: two affably social days of politically-minded performances and events, featuring some of the best, most subversive, and most engaging performers from Toronto and beyond.
This week, LA-based performance collective My Barbarian is bringing Post-Living Ante Action Theatre to Toronto. In collaboration with local artists Nisha Ahuja, Waawaate Fobister, Ryan G. Hinds, Richard Lee, Jocelyne Tremblay, Natalyn Tremblay and Rehaset Yohanes, My Barbarian brings their notorious, original performance form – developed by the company – to Canada for the very first time. 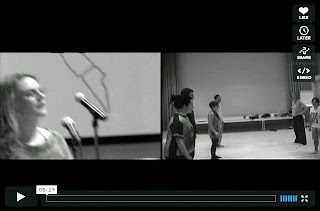 Also this week, two events curated by Festival Director Laura Nanni: Toronto Show & Tell and Let’s Get it Together! At 7pm a show and tell with your neighbours, friends, local favourites and celebrities – including Atom Egoyan, Lex Vaughn, Darren O’Donnell and the Torontonians, Elley-Ray Hennessy, Patricia Wilson and more – sharing the objects, stories and ideas that make Toronto special. Immediately afterwards, at 8pm, Let’s Get it Together! – a community think-tank and town hall, addressing the shift to the right politically in Toronto and beyond. An opportunity to voice opinions, have conversation and brainstorm around what we can creatively do as concerned citizens.
Montréal’s 2Fik brings two performances to Rhubarb: collaborating with British art star Oreet Ashery and avant-garde musician Debashis Sinha on Semitic Score and a one-man, gender-bending recreation of de La Tour’s Baroque masterpiece ‘Cheat with the Aces of Clubs’ in Live Photo. 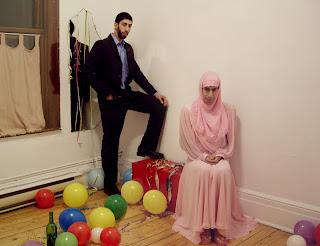 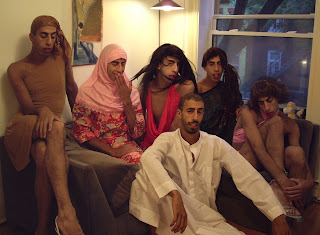 Toronto’s own rAiz’n Ensemble present the fifth iteration of their collectively devised examination of the cult of beauty with The Beauty Project: the male gaze, as well as solo shows from members of Buddies’ Young Creators’ Unit – Meg Gennings’ The Lovely Babe and Olive-or-Oliver’s AFFIRMATION: A Sex Show in Six Movements.
Hope to see you there!