Welcome to the 33rd Rhubarb Festival

by Buddies on January 16th, 2012 in Uncategorized

Welcome!  I’m thrilled to be able to share with you the programming for the 33rd Rhubarb Festival: a year of unparalleled raw, radical, performance.  From now until the end of February, with the help of Rhubarb interns Kari Pederson and Rachel Steinberg, we’ll be taking over the Buddies’ blog to connect you with the festival artists and projects; giving you a taste for what’s to come as well as a little insight into what’s happening behind the scenes.

One of the special things about Rhubarb is the range of work you are able to experience back-to-back in one night.  Below are some videos featuring artists who will be presented during week 1 of the festival:  Justin Vivian Bond and Yamantaka//Sonic Titan.  They are two very different sounds and aesthetics, that both exemplify the energy and attitude vibrating under this year’s festival.

Cabaret superstar and performance legend Justin Vivian Bond last graced our stage over a decade ago as part of the performance duo Kiki and Herb.

We’re pleased to have Justin return to perform new work from the Dendrophile album and readings from Justin’s book Tango.

Yamantaka//Sonic Titan will bring together elements of Noh-opera, anime and industrial rock for their new work, 33 (nice timing for our 33rd festival). This ambitious new Canadian group is already making waves internationally.  Here’s a look at some of their earlier work to get you warmed-up: 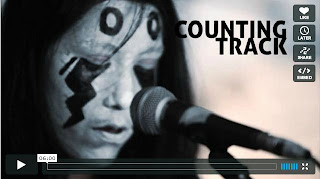